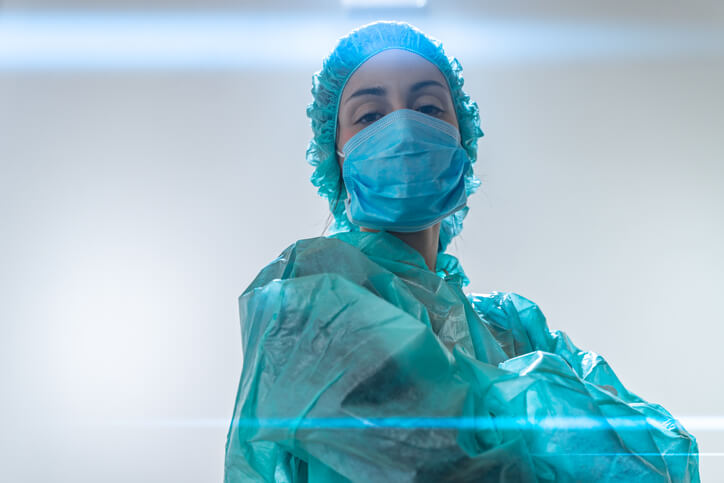 The more you do anything, the better you get at it, even when it’s a terrible and risky process; a fact that nurses caring for COVID-19 patients have become all too familiar with.

In the early days of the pandemic, as ICUs in Washington and New York were being pushed to the limits, the uncertainty about the disease was as much an enemy as the virus itself… how did it spread? What were the mechanisms of death? How lethal would it be? Which treatments would be most effective?

No one knew the answers then, and to some extent, no one can conclusively answer them now. Many months after the first case hit American shores, there are still no FDA approved treatments. Science is the best course against disease, but the fact that it’s a slow one is being felt more acutely now than in any other time in history.

But evidence has been building and, under immense pressure, medical professionals have been developing hard-won experience in the practical steps needed to get an upper hand against COVID-19. Although hospitals in some areas continue to be pushed to their limits, the sense of desperation and uncertainty that once dominated emergency department and ICU floors has been overtaken by a grim competency that is helping nurses maintain an improved standard of care. And it’s saving more lives than ever, bending the curve down to around a 3% fatality rate even as cases surge, representing a marked improvement from the peak case fatality rate (CFR) of around six percent in April and May.

That’s all from a combination of efforts that have happened around the country, revolving around 7 key nurse-led improvements in patient treatment: 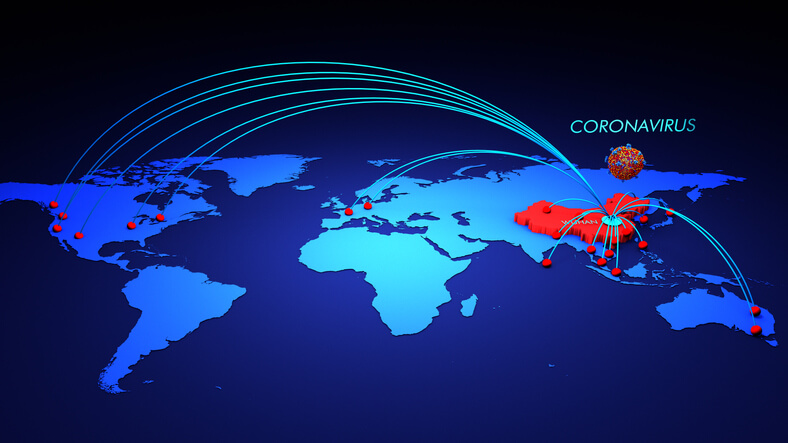 Early on in the pandemic, medical teams were astonished at how quickly patients who were apparently in recovery after acute respiratory distress could suddenly take a nosedive within hours or minutes. With no apparent differences between these patients and the ones who would actually recover, nurses were thrown off balance. It was impossible to know who to focus on or what care to provide.

The lesson has been to treat all cases seriously from the moment they’re admitted into the ICU, and to continue that attention through the riskiest periods, even when recovery seems likely. Nurses now get palliative care providers involved early, and begin the difficult process of coordinating with patients’ families regarding end-of-life care care even in cases that present with less serious symptoms – a process that is all the more logistically difficult with isolation protocols in place. 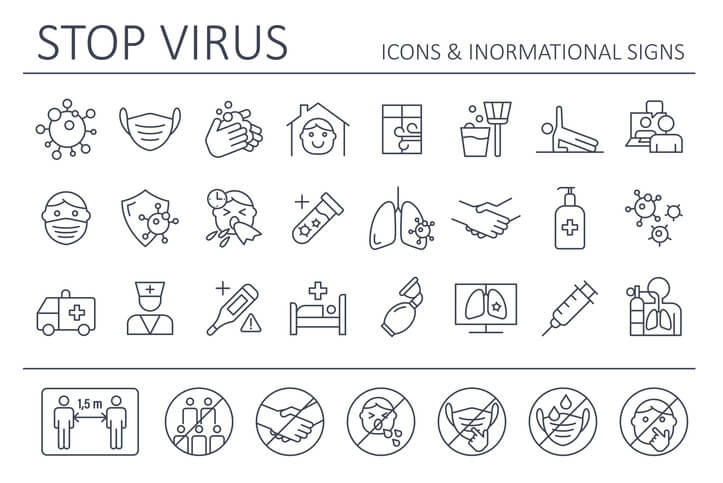 With chronic PPE shortages and a very infectious virus running amok, nurses got creative early on with limiting their direct patient contact while maximizing efforts every single time they stepped into the hot zone. That bundling of in-person treatment to get the most done during every patient interaction as a way to minimize exposure had the added advantage of also making patient care in general more efficient, which in turn helps with handling crushing caseloads with too few staff. It also conserves PPE by reducing the number of times it needed to be changed out.

Medicine is already a field where protocols are king, but as some regions run out of local medical staff due to surging demand or infections, influxes of travel nurses, emergency fill-ins from military medical units, and staff from outside the ICU have made it even more critical to systematize and simplify the new procedures.

Now, nurses plan ahead by reducing patient transport activities and grouping any actions that have to be undertaken outside of isolation rooms, like CT scans, into one trip. Checklists keep everyone on the same page and get things done faster and with less exposure and less use of PPE all the way around. 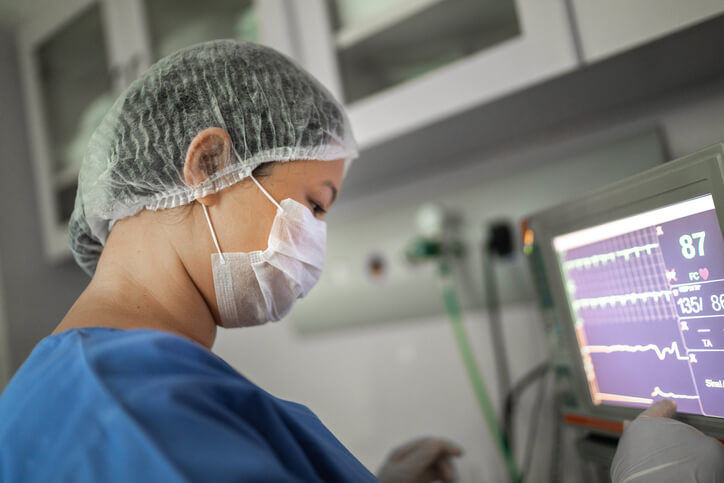 COVID-19 has been a strange disease from day one. Weird symptoms like loss of smell and chilblains pointed toward something more sinister and less easily understood than a basic respiratory virus.

Nurses had an advantage here in that they have always operated primarily at a practical level and in close contact with the patients themselves. This has made them more attentive to any symptoms that present themselves, regardless of the apparent absence of well-established scientific connections. This is the very thing that has helped foster a better understanding of how hematological effects may be a more deadly mechanism than respiratory issues, and nurses have been some of the first to pick up on it.

That has led to a reduction in intubation procedures and the adoption of less invasive—and less aerosol-generating—procedures like proning, or simply using higher-flow cannula or pressurized masks for supplemental oxygen. Of course, it’s also put more focus on hematological risks such as VTE that were previously under-recognized in COVID patients. 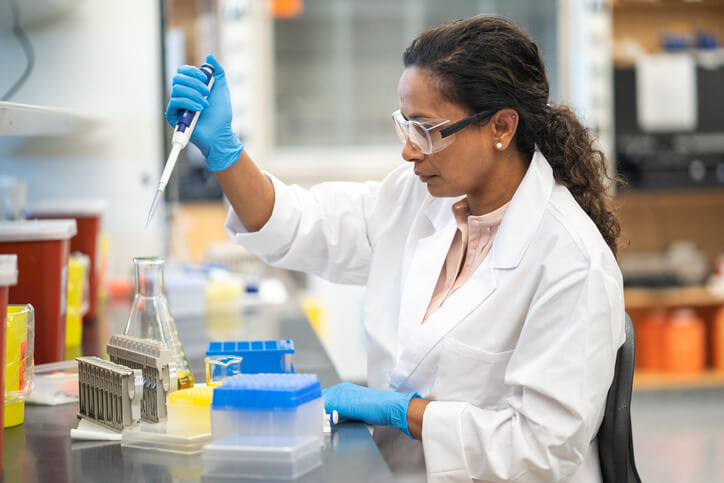 Clinical trials experimenting with new ways of treating COVID-19 have started to deliver results. Now, nurses and doctors can call for therapies including remdesivir and convalescent plasma administration, both of which have shown at least some clinical efficacy. This isn’t just a plus for patients who now have greater chances of pulling through, but represents an important morale booster for nurses, who previously had few arrows in their quiver for fighting the disease. It’s no longer a case of watching hopelessly as patients deteriorate; nurses now have weapons to fight back with. 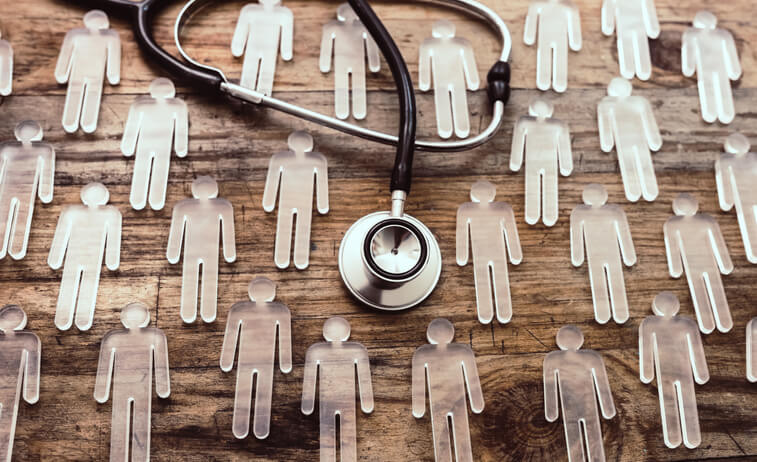 The whole workflow for positive and suspected COVID cases has been refined in many hospitals, reducing points of contact with healthcare staff and getting patients into a bed and treatment faster. In addition to the advances in bundling procedures, nurses have gotten innovative about delivering care remotely. In Seattle, that means shooting some x-rays through doors to avoid the necessity of X-ray techs having to suit up and use precious PPE. In many other hospitals, it has resulted in setting up infusion pumps outside the roomto avoid having to enter the hot zone to check on or restock medications. 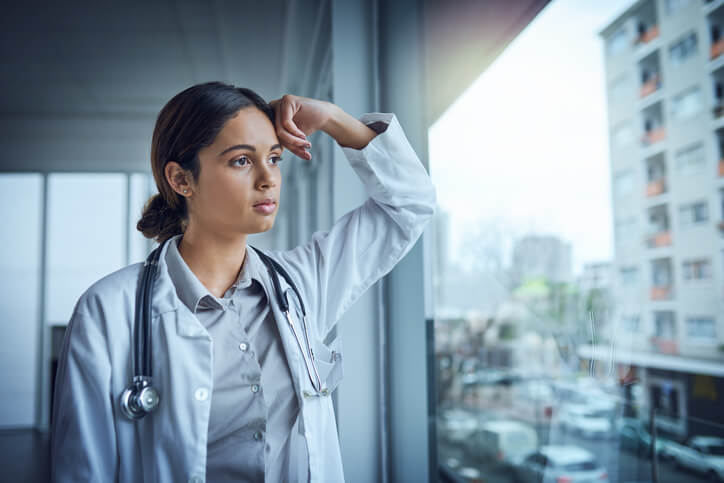 There is no question that working in a COVID ward is still tough, dangerous, and grinding. But nurses have started to adapt to these demands also, taking advice from dermatologiststo apply alcohol-free barriers to skin to prevent chafe and skin damage during long stints wearing PPE, cobbling together clips and extenders to prevent straps from turning their ears into taco shells, and making lifestyle adjustments that prioritize exercise, humor, and other coping mechanisms… an adjustment that the American Journal of Infection Control has called “growth under pressure.”

Early administrative kinks are starting to get worked out as well; many travel nurses, for example, who have been key to supplementing staff in hard-hit areas, found initially that their short-term assignments weren’t long enough for the standard health insurance provisions to kick in. That left more than a few without coverage when they were infected themselves; now, the agencies or individual nurses know to check for this troubling gap before shifts start. 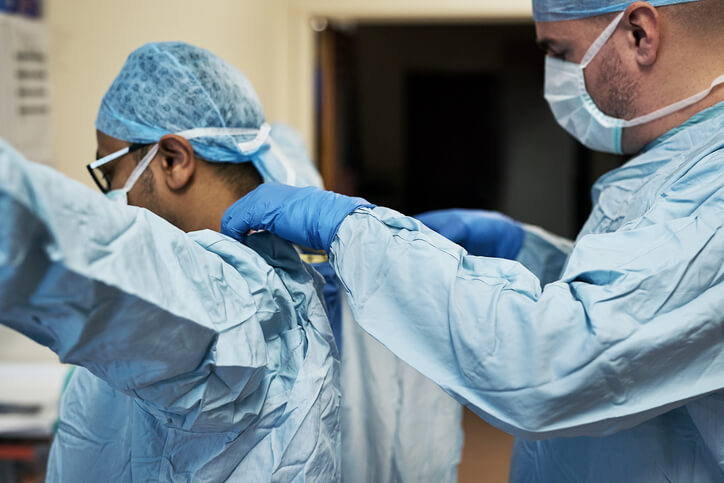 For many American medical centers, the story of COVID-19 has been one of deficiencies… a lack of staffing, lack of PPE, lack of equipment, lack of data on treatment methods, and a lack of medicine once effective options were identified. Six months in, those deficits have still not been corrected, but hospitals and nurses in particular have developed systems for bridging the gaps now. That includes everything from PPE rotation and re-use protocols, to creating new roles for dedicated COVID-19 safety officers, to crash courses in ventilator use for new staff coming into ICU floors.

Although those deficits are still there in some cases, the fact that there are now systems in place to manage them does wonders to quell the panic and disorganization that ran rampant through hospitals in the early days of the pandemic.

We Still Have a Long Way to Go 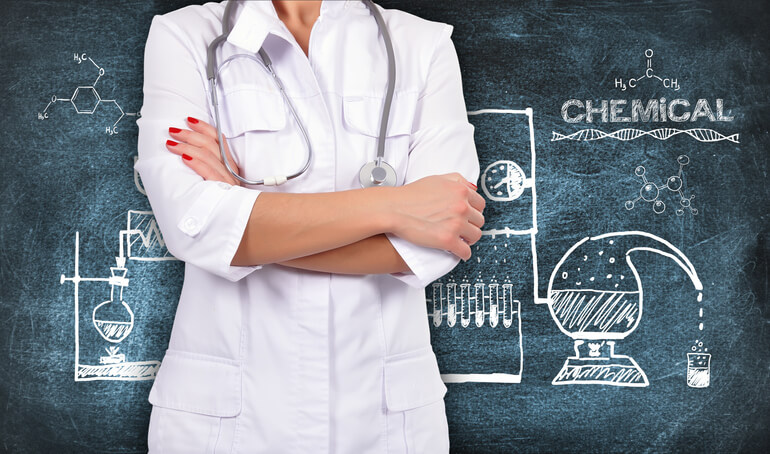 Not all of this has come easily. In Detroit, four ED nurses sued the Detroit Medical Center after being fired for speaking out over unsafe conditions affecting both patients and staff. Many nursing organizations have been vocally and repeatedly calling for federal action to improve mask supplies, and decrying the new normal of sub-standard and inappropriate protective equipment.

Like every other industry, of course, there are some medical centers that are doing a relatively good job of adapting and others that are falling short. Nurses are still reporting administrative failures, including a lack of notification after exposures to COVID+ patients when contact was made without proper PPE, or the fact that exposed staff are expected to continue to work until developing symptoms… even though asymptomatic transmission has been widely documented.

But all this simply points to the importance of having highly qualified and experienced nurses in leadership positions who can help prevent these kinds of embarrassing shortfalls and administrative failures.