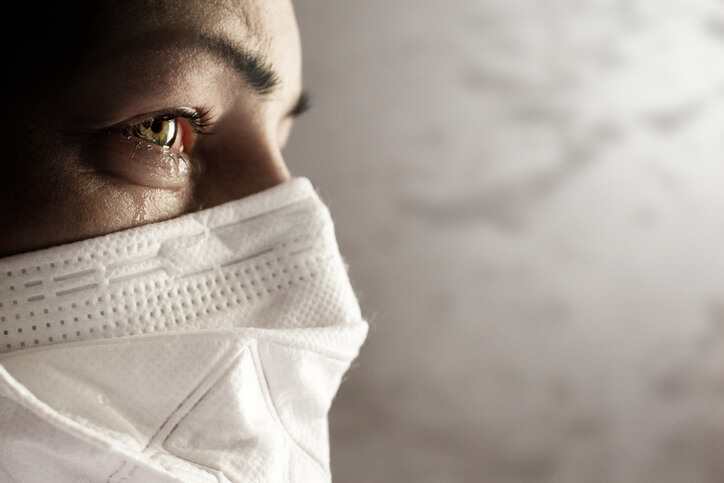 “Flatten the curve” was the refrain heard around the world in March and April of 2020 as the ravages of COVID-19 spread rapidly to major urban centers in Asia, Europe, and the United States.

The idea, first introduced in a CDC paper in 2007, was to use early, targeted, layered, non pharmaceutical interventions in the face of an oncoming pandemic to slow the spread to a level where the healthcare system could keep up.

Although a little late to the party, the United States got on board with the message by early April, enough to keep cities like New York, Seattle, and Detroit just barely scraping by at or near full ICU capacity.

But by July, it started to become clear that that curve represented the first big summit on a roller coaster ride that no one has figured out how to get off of yet. As cases explode both in parts of the country not originally affected, and begun to steadily climb even in areas that had been, it’s starting to occur to many that the horizon for a return to normalcy in healthcare will be, at the minimum, years away… if it ever occurs.

Nurses bear the brunt of the work in a pandemic, so COVID-19 has hit them harder than most. According to Lost on The Frontline, a joint project of The Guardian and Kaiser Health News, nearly 900 healthcare workers have perished of COVID-19 in the U.S., many of them nurses. Somewhere near 100,000 have been infected, with the Nursing Times reporting that two-thirds of those who have recovered still report fatigue and other symptoms… sometimes even as they return to work.

Researchers were already finding serious fatigue and burnout in healthcare staff by early May, even in regions like Texas that had not yet been hit particularly hard. Now, as that grace period expires, nurses in Texas, Florida, Arizona, and elsewhere are experiencing the same issues as those in New York and Washington… bafflingly, under-staffed and poorly equipped even with six months of warning.

Despite optimistic news on the vaccine development front, the realization that a country that can’t figure out how to make a paper mask in six months probably isn’t going to be able to manufacture, distribute, and track inoculations in anything less than a year—if that—is starting to hit home. And although it’s not being asked openly yet, some healthcare experts are wondering: how will nurses, and nursing, handle these demands over an extended period?

Nurses May Carry the Nation Through the Crisis 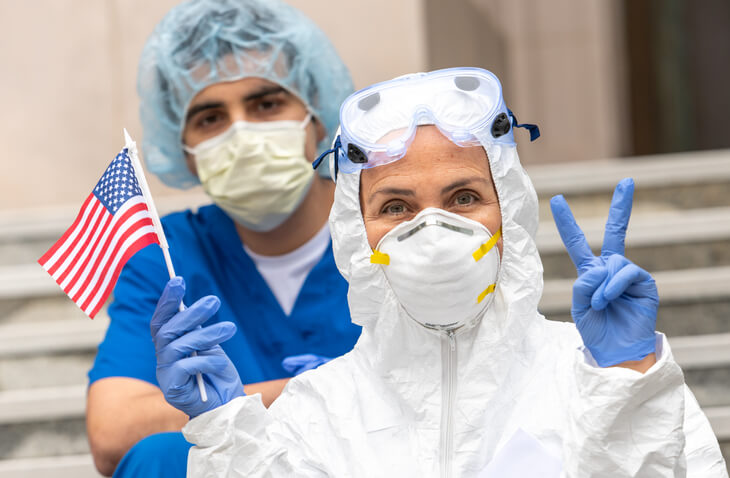 The stories of dedication and empathy coming from hard-hit hospitals has made it clear that nurses and other healthcare workers are performing heroic duty in terrible circumstances. Yet it’s also clear they feel angry and unsupported, both by hospital administration, government, and even a public that has begun to exacerbate the crisis by ignoring the rules.

Nurses will soon have to cope not only with their own fatigue, but also with that of the general public as the crisis wears on.

In March and April, medical staff were serenaded by nightly applause sessions in New York, Seattle, and other hard hit regions. Wearing scrubs became the new way to be thanked for your service by strangers in public, as soldiers in fatigues have been since 2001. Dozens of programs sprung up to offer free meals, free coffee, even free rooms to medical professionals caught bearing the brunt of the crisis.

But it’s hard to sustain the level of support nurses received in the early part of the pandemic. Businesses are trying to re-open and eke out a profit; free meals and drinks and rooms can’t last forever. The public, as frightened and upset as they are, desperately want to move past the crisis and back to more normalcy. Attention drifts from COVID-19 to other chronic issues, like the Black Lives Matter protests for racial justice, civil unrest, and the deep partisan divides the country is experiencing going into a presidential election year.

That means nurses are facing the same awful pressures as they have been through the entire crisis, but with much lower levels of support from those around them.

Too Soon to Cheer, But Too Late to Plan

The American Nurses Association (ANA) is already celebrating the innovation and spirit that the American nursing community has maintained in handling the crisis. There is much that is worth celebrating, but enthusiasm is hard to hold before we’re even out of the second inning.

At the same time the ANA is celebrating, the organization’s own online journal, American Nurse, explores the effects of burnout on nurses working with COVID patients and how compassion and empathy are increasingly being replaced with a make-do attitude that simply revolves around coping with the demands of the day.

The article rattles off the usual array of mitigation and stress-handling techniques, but it also falls into the trap of assuming that a recovery from the crisis is already underway. Allowing time for a mental and emotional recovery, as the article recommends, may be a fine idea, but it is also likely to be an impractical one for the foreseeable future.

There are areas like New York City, of course, that bore the brunt of initial infections that have maintained levels low enough to put this advice into practice. But there are others, like California, Washington and now Florida, that were hit hard and now continue to get worse. These are the places where fatigue is only mounting with no chance for real relief or recovery.

Changes Will Come to American Nursing and Healthcare 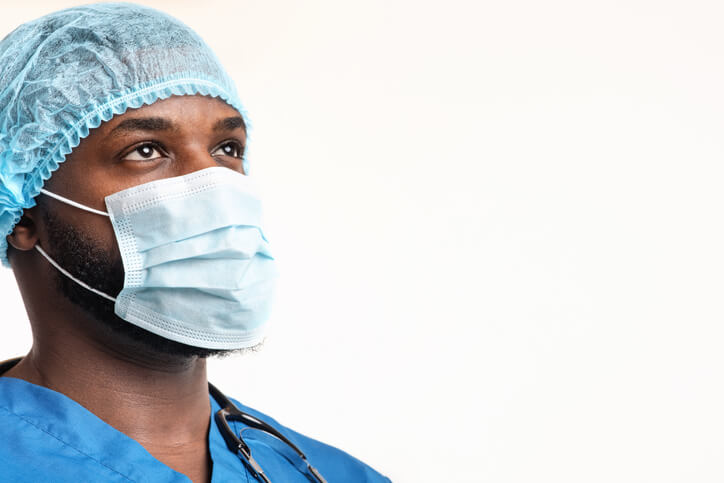 But no one is giving up yet. Winston Churchill had sage advice in similarly dark times: “If you’re going through hell, keep going.” The other side may not yet be in sight, but it’s out there. With the nation depending on them, nurses aren’t throwing in the towel. But there is little doubt they are thinking hard about what needs to be handled differently in the United States healthcare system.

It feels like a moment for change. As everyone appears to realize that the current moment is unsustainable, on many levels, there are new and increasing calls for dramatic fixes to American healthcare. Although it’s only superficially related, the massive nationwide protests from the Black Live Matter movement, and the dramatic swing in public opinion on the subject, may indicate a society that is finally ready to make some big adjustments:

With an election on the horizon that could reshape the political landscape for two or four years, there are reasons to be positive. Long unaddressed issues in healthcare could be on the table sooner than we think.

And nurses, who have both first-hand experience dealing with the failures of the healthcare system, and the kind of frontline expertise required to build a better one, are likely to find themselves at the forefront of change. You can expect to see angry and determined nurses engaging in public policy advocacy, taking up new leadership positions in healthcare organizations, and even running for office.

Sometimes, and perhaps many times during COVID-19, you don’t know how you are going to get through the day. But you do. Similarly, nurses—most nurses, at least—will get through the pandemic as a whole. And on the other side of the traumatic passage, we’re sure to see a new way of thinking emerge about the role of nursing.